Following the transactions, the Fund has an investment volume of approximately €100 million in four European countries just five months after the Fund’s launch in September 2019. CESHF II is the successor of Catella’s first European Student Housing Fund which has generated a net internal rate of return (IRR) of more than 7% a year since its launch in 2013.

Alexander Brüning, Fund Manager at CRIM, said: “Student housing has increasingly developed into an established asset class in the last 10 years and our first pan-European student housing fund has enabled us to deliver strong annual returns for our investors. Education is becoming an economic factor worldwide, and the number of students, both nationally and internationally, continues to rise significantly. Across Europe, roughly only 10% of students have access to a dedicated student apartment. Affordable dorms in good locations therefore offer investors stable, largely anti-cyclical returns.”

In Austria, CESHF II has bought an eight-storey building comprising a rentable area of 5,622 sqm in Linz, an important university location and the state capital of Upper Austria, from a local entrepreneur. Dating from 2015, the property comprises a total of 224 rooms or 129 apartments spread over eight full floors excluding the basement. With 206,895 inhabitants, Linz is the third largest city in Austria after Vienna and Graz and the centre of the second largest agglomeration in the country with a population of 789,811. The city’s universities, educational institutions and technical colleges offer an extremely broad range of courses which attracted around 24,000 students to the city in the 2018/2019 winter semester. 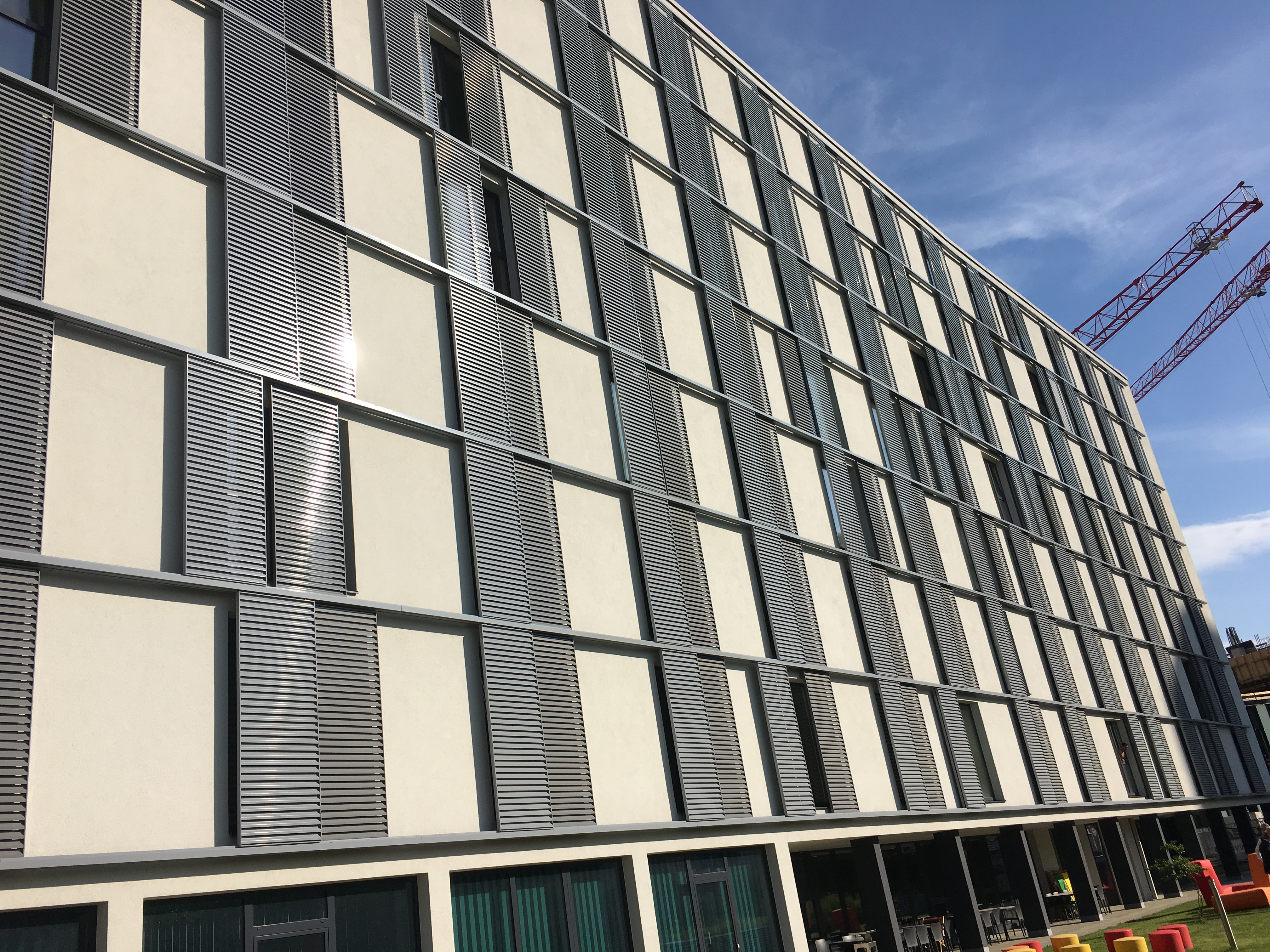 In France, the Fund has acquired a property from the developer IMODEV with a rentable area of​​4,757 sqm in Évry, about 25 km southeast of Paris, for around €20 million from a well-known project developer. The building comprises a total of 242 student apartments, largely one-person studios, spread over the upper eight to 10 floors. The complex represents the future generation of student housing concepts with several common rooms, a cafeteria, cardio workout rooms, co-working spaces and a reception with a lounge. In addition, the property boasts a 143 sqm terrace, a 500 sqm community garden, an inner courtyard and 87 parking spaces. Évry is the largest municipality in the Île-de-France region with almost 700,000 inhabitants and several well-known universities. The complex will be developed and managed by Sergic Residences and located within a 10-minute walk from the main university, close to a shopping centre and a railway station with a RER D regional link to the centre of Paris.

In Seville, the Fund acquired a property with 196 student apartments for 211 beds comprising a total gross floor area of 5,132 sqm above ground, divided over five floors, for around €15 million from a well-known local project developer. The majority – or 181 - of the apartments are individual rooms and the complex offer also a 60 sqm fully-equipped roof terrace, an exterior common swimming pool and 32 parking spaces located in the underground garage. Seville is the capital of the southern province of Andalusia and, with almost 700,000 inhabitants, the fourth biggest city in the country after Madrid, Barcelona and Valencia. Seville is also one of the leading university cities in Spain with 4 universities and approximately 75,000 students.

Alexander Brüning, who recently joined CRIM as Fund Manager, has many years of experience in management positions in the investment and real estate industry, as well as in advising institutional clients. He has specialised in real estate mandates for wealthy private clients, foundations, family offices, insurance companies, pension funds and pension funds. Before joining CRIM, he worked for the German subsidiary of Italian insurer Generali, French insurer Société Générale Group and as managing director of a Hamburg-based project developer and special fund initiator. Most recently he served at the GBI Group as a consultant.

Catella initiated its first one billion-euro European residential fund in 2007 and this has produced average net returns for investors of 8.3% a year since launch until end-Q4 2019. The Team also launched the first specialised European Student Housing Fund in 2013.

CRIM is a subsidiary of Swedish Catella AB in Stockholm and its residential real estate business includes portfolio management, Research, acquisition and sales and asset management. CRIM manages and advises several funds and mandates with assets under management of c. €4 billion across 10 countries in Europe.